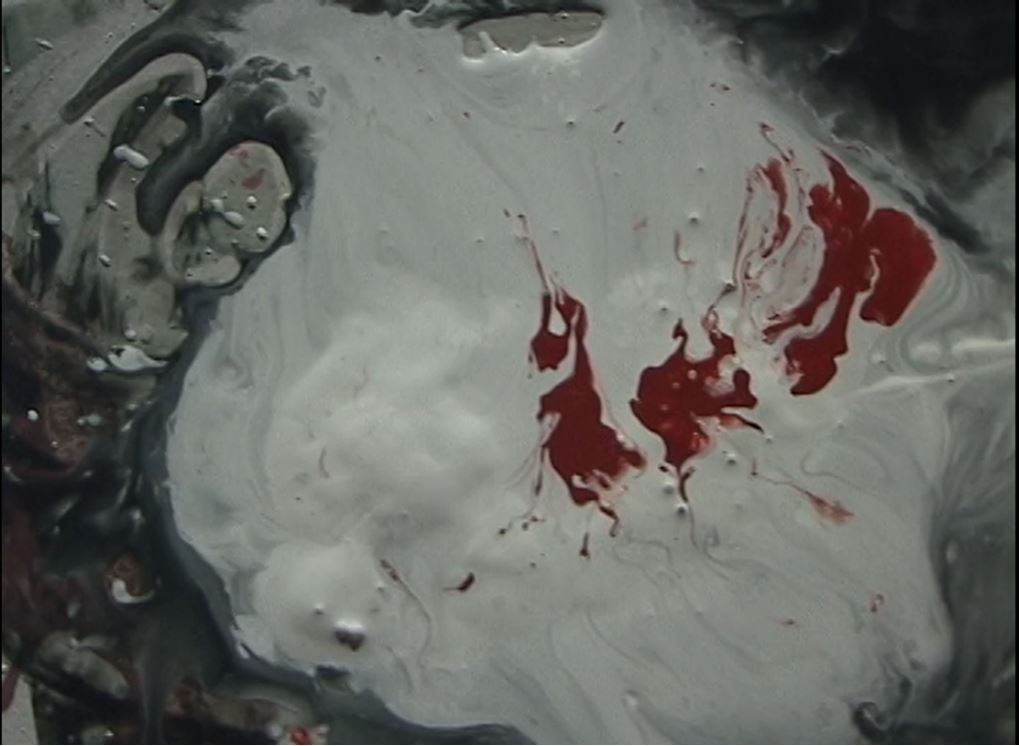 This year, the Northampton Film Festival will include several programs of non-fiction shorts, submitted by filmmakers from around the world.

These programs aim to provoke dialogue about such issues as the ethics of ethnographic practice, intersections between fiction and realism, and formal experimentation, on equal measure to their subject matter. Juried by film makers Saul Levine and Emily Drummer, programmed by Sarah Lanzillotta.

City of Tomorrow, Gavin Hipkins, 10 min 58 sec, 2017
Chandigarh’s modern architecture is explored through Le Corbusier’s early writings on repetition and order. The architect’s zealous ideals taken from his 1929 The City of Tomorrow and Its Planning are revisited via the buildings and symbolism of the planned capital city.

Helios, Eric Stewart, 5 min, 2018
Time-lapses of cacti and succulent over the course of a year. Environmental data drives the tone and filtration of the sounds while the rising and setting of the sun illuminates plant growth in and out phase with each eachother.

Connect Haven – Interior, Zach Hart and Allie Wilson, 8 min 23 sec, 2018
Take a moment to observe the constructed nature of the virtual landscape, a feast for the senses. Breath in the sweet urban air and hold in the refined scent of imported, synthetic oxygen. Hear the echoes ricochet off of the plate glass windows. Lost? Wondering how to revisit this exact spot? Drop a pin and reference our new 3D maps. Feel the objects that surround you and remember, war once overtook these lands. Appreciate the safety and security of sight available through the window of your screen.

The Land Within, Jeannette Louie, 13 min 44 sec, 2016
Amongst the billions of mechanistic neurons existing in the human brain, one singular neuron wonders about the existence of a soul.

FOREIGN QUARTERS, Rajee Samarasinghe, 14 min 41 sec, 2017
The condition of distance, genetic to the ethnographic image, traces the elusive qualities of my mother’s past and persona as a woman of partial Chinese heritage.

Diana, Traci Hercher, 8 min, 2018
A portrait of a woman self-actualized and a total solar eclipse.

Phototaxis, Melissa Ferrari, 6 min 50 sec, 2017
“Phototaxis” draws parallels between Mothman, a prophetic and demonized creature in West Virginia lore, and Narcotics Anonymous, the main treatment program in West Virginia’s addiction epidemic. Rooted in nonfiction, this film contemplates synchronicity and the role of belief systems in perception; the tendency to assign supernatural meaning to tragedy and the unknowable; anonymous and apocryphal oral histories; and the moth to the flame. To visualize these narratives, natural materials and pastel-on-paper palimpsest animation are woven together using a  multiplane and analog overhead projection.

XCTRY, Bill Brown, 6 min 18 sec, 2018
Brown re-works 16mm footage that he shot years ago during a cross-country road trip from Chicago to Las Vegas. The spatial discontinuities of the road trip are rendered as visual continuities across three frames as Brown goes in search of the next town to fall in and out of love with.

Letter from Korlai, Aman Wadhan, 22 min 23 sec, 2016
In the time of yellow grass, with steps receding and prayers unanswered, a desire for oblivion forks the search for images of exile and belongingness. The setting is a quaint village on the Indian Konkan coast. The filmmaker had visited this place once, as did his friend, of whom nothing is ever said.

En Mi Pueblo, Paolo Zuniga, 4 min 39 sec, 2018
En Mi Pueblo (Home) is a portrait that reflects on memories of home and place as they once were.

All the Leaves are Brown, Daniel Robin, 11 min, 2017
A short film about memory, loss, family, and a sugar maple tree.

Something to Cry About, Jules Rosskam, 12 min 20 sec, 2018
In Something to Cry About three trans-masculine identified people watch a movie or television show that makes them cry. The result is a touching and humorous short documentary that explores the difficulty of expressing intimacy between men, the complexities of desire, and the gift of a good cry.

Prelude and Song for Koko, Tommy Becker, 6 min 17 sec, 2015
The moment the lion lunges at the tamer we understand his motives. We relate viscerally to his oppression as we connect to the soul of its being.

Mudanza Contemporanea, Teo Guillem, 19 min 40 sec, 2018
Armchairs, mattresses, feet, blankets, arms, memories, mops, tubes or plastic dance, twist, fall, fly and break in this emotional choreography in which a man and his army of objects try to defeat a ghost from the past.

Here I Breathe, Linda Fenstermaker, 7 min 45 sec, 2017
Here I Breathe is a tender exploration of memory and the passing of time. Through the use of landscape imagery and found photos, the film focuses on the embodiment of nostalgia in youth and old age. Issues of domesticity and interdependence trail throughout the narrative of a woman looking back on her
life.

For All Audiences, Josh Weissbach, 3 min, 2018
A trailer of an experiment searches for meaning in a moldy montage. The detritus of the movie industry swims in organic material. Emulsion and its cracks, its crumbles, and its fades. Is it ready for all the audiences?

Through the Looking Glass, Yi Cui, 14 min, 2017
On a high-land Tibetan pasture, a screening event unfolds quietly. Monks, herdsmen and their families gather by the screen to observe life captured through their own lenses.

Domus, Rhayne Vermette, 15 min, 2017
“The block of marble is the most beautiful of all statues” – Carlo Mollino. This is the story of the godlike architect, Carlo Mollino, animated within the desk space of failed architect, Rhayne Vermette. Made, with love on 16mm, 35 and Super 8, this classic tale of Pygmalion investigates intersections between cinema and architecture. For E. Ackerman, A. Jarnow, and T. Ito.

Gede Vizyon, Marcos Serafim, Jefferson Kielwagen, Steevens Simeon, 14 min 20 sec, 2018
In this video shot during Haiti’s 5th Ghetto Biennale, a goat runs loose through the Grand Cemetery of Port-au-Prince. It produces images, a psychogeography of the cemetery from a non-human perspective. It produces sounds and captures the sounds of its surroundings. In response to this documentation, a priest and a priestess of Haitian Vodou create poetry and music at the house of Ogou.

Rosa, Saif Alsaegh, 17 min, 2018
Rosa is an experimental essay documentary film that juxtaposes the life of the filmmaker in two extreme locations (Baghdad and Montana) through three elements of nature: dust, rust and wind.

BOOKANIMA, Shon Kim, 12 min 53 sec, 2018
BOOKANIMA, a compound word of ‘Book’ and ‘Anima’, is Experimental Animation to give book new cinematic life. It aims ‘Watching Book’ in the third scope between Book and Cinema through Locomotion based on Chronophotography.

The Phantasmagoria of Offense, Jess Irish, 6 min 33 sec, 2018
The Phantasmagoria of Offense is an animated film lyric on the dangers of image suppression and censorship. In this “male version” a collage history of images related to the male body examines the cultural anxieties around vulnerability, homosexual desire and the questioning of the dominant paradigm. The political aftermath of the AIDS crisis is seen alongside the well-intended requests for “trigger warnings.” If there is a take away message, it is that censorship is not an abstraction. It has a body count.

The Parent Trap, Stephanie Barber, 3 min 26 sec, 2017
Another in a series of sculptural pieces I’m currently building. this one is a short 16mm film made as a memorial for my grandmother who passed away this spring, her voice can be heard singing a bit of song. What goes when the body goes? How many parents have we got stacked upon us into eternity like ladders to the afterlife? 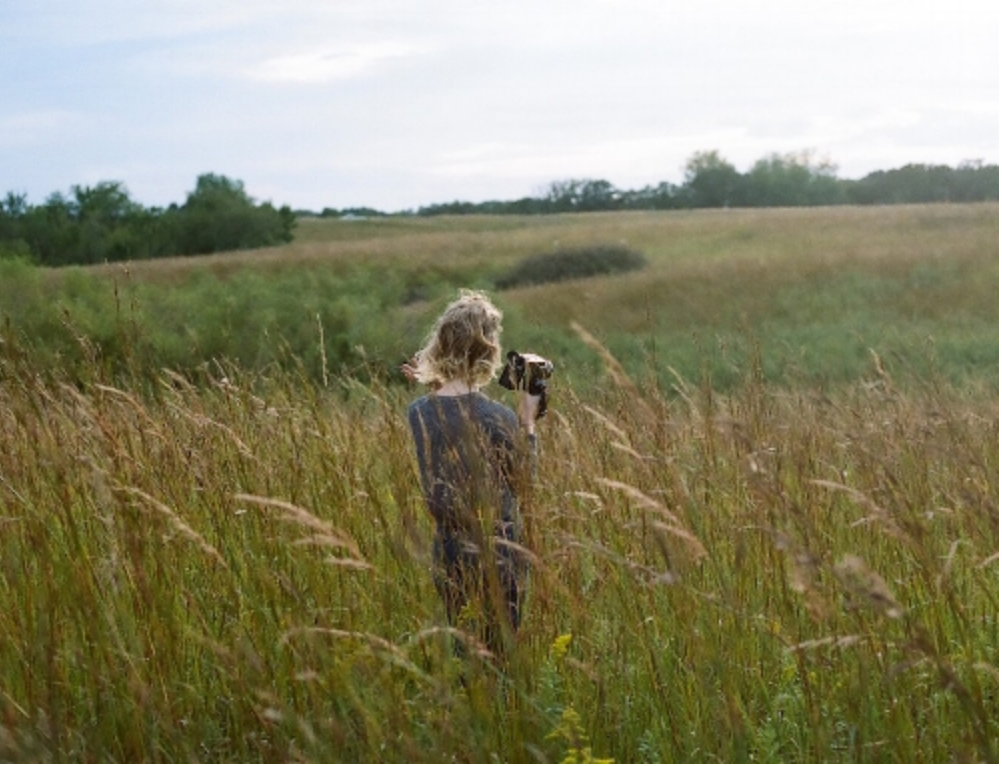 Emily Drummer is a filmmaker who integrates experimental, documentary, and fiction filmmaking strategies as a framework to examine the environment and its inhabitants, both human and nonhuman. She received her MFA in Film and Video Production from the University of Iowa and her BA from Hampshire College. Her films have screened at venues such as Antimatter [media art], Other Cinema, Experiments in Cinema, Alchemy Film Festival, Milwaukee Underground Film Festival, and Haverhill Experimental Film Festival. She was awarded a 2017 Princess Grace Film Honoraria and a 2015 Flaherty Film Seminar Fellowship. She served as the Festival Director of the Iowa City International Documentary Film Festival for two years, has taught workshops for the cinema arts non-profit Mono No Aware in Brooklyn, NY, and co-founded the Iowa City based microcinema Vertical Cinema. She currently lives in Lancaster, PA where she is a Visiting Assistant Professor of Film at Franklin & Marshall College.

Saul Levine, born in New Haven Connecticut, is a maker and advocate of avant-garde film and more recently video. He taught film at MassArt for over 35 years and programmed the longstanding MASSART FILM SOCIETY. His work has been screened nationally and worldwide and mostly recently has been honored at the L’ÂGE D’OR FESTIVAL 2015 Brussels, at the (S8) Peripheral Film Festival 2016 Coruña, Spain and received the 2016 Brakhage Vision Award. 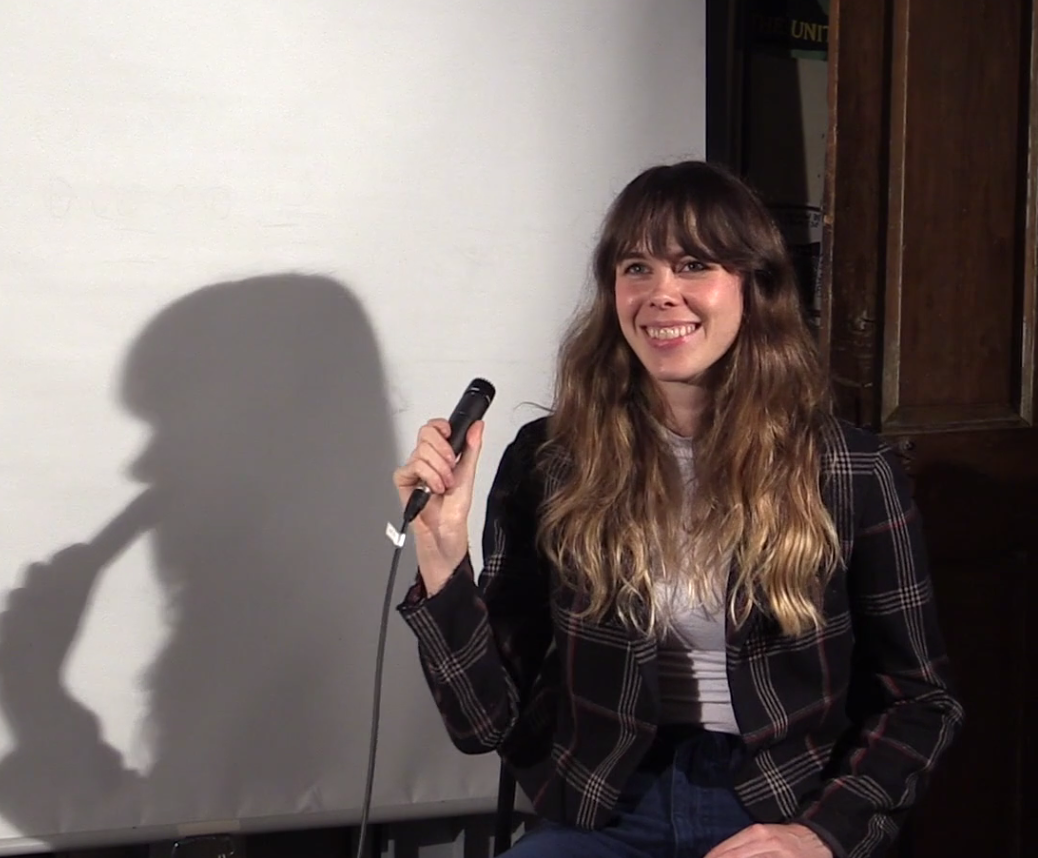