A documentary about the best soul singer you’ve ever heard–even if you’ve never heard of him.

Q&A with Director Rob Hatch-Miller and Producer Puloma Basu to follow the film.

Syl Johnson: Any Way The Wind Blows is a portrait of an overlooked yet hugely influential African-American musician whose 60 year career spanned every genre of Black music from the Blues, to Soul, to Funk, to Hip Hop. In spite of enjoying success in Chicago in the 1960s with songs like “Come On Sock It To Me” and “Is It Because I’m Black,” and recording with the same band and producer as Al Green at Hi Records in Memphis in the ‘70s, Syl’s music remained largely unknown and his career was seemingly over by the ‘80s. With the advent of Hip Hop, his 1967 song “Different Strokes” became extremely popular among DJs and producers and was sampled by artists including Run-DMC, Public Enemy, NWA, the Beastie Boys, the Wu-Tang Clan, and Jay Z and Kanye West. 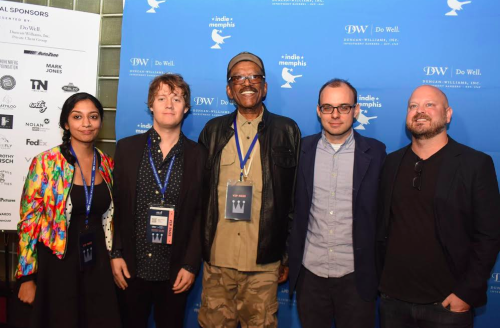 Rob Hatch-Miller (Director) – Rob is a graduate of the film & television program at NYU’s Tisch School of the Arts. He’s the director of the documentary short Republican Dad and the co-director of A Man Named Magick. He was the Associate Producer of Laura Poitras’ documentary The Oath and has also worked on films including Big Star: Nothing Can Hurt Me and Eugene Jarecki’s The House I Live In. In addition Rob has produced, edited, and/or directed music videos for numerous artists including Sharon Jones & The Dap-Kings, Aimee Mann, The New Pornographers, Real Estate, The Postal Service and Kurt Vile

Puloma Basu (Producer) – Puloma’s first job in the film industry was on Mira Nair’s film The Namesake.  Since then she’s worked on numerous TV shows including Bored To Death and Flight Of The Conchords and feature films such as Brooklyn’s Finest, Arbitrage, and Kill Your Darlings.  She works with Rob as a producer on music videos by Tom Scharpling.

Michael Slaboch (Producer) – Michael is a producer, sound engineer and educator living in Chicago. For years, he has produced music, film, and comedy events of all shapes and sizes through his work at venues and festivals around the country.  He has worked with musicians such as Wilco, M.I.A., Andrew Bird, and Yo La Tengo, and comedians including Fred Armisen, Amy Schumer, David Cross, Aziz Ansari, Marc Maron, and many more. He’s also been a historical judge for the national chapter of the Grammys and is an adjunct faculty member at Columbia College Chicago in their recording arts and documentary film programs.

Joaquin Perez (Editor & Producer) – Joaquin is a documentary film and television editor.  He worked as an editor on the Grammy nominated feature documentary ‘The Greatest Ears in Town: The Arif Mardin Story’ and an assistant editor on ‘The Promise: The Darkness on the Edge of Town Story’.  For television, Joaquin has edited shows on PBS, Showtime, MTV, Bravo, and A&E.  He has edited music videos for Ted Leo, The New Pornographers and Titus Andronicus.  In 2007, he attended the Sundance Documentary Story and Edit Lab. He currently lives in Brooklyn, New York.